Our CD consists of 12 tracks of mainly traditional songs and lively instrumentals - mostly in the folk-rock vein - similar in style to the Albion Band/Fairport. Five tracks are re-mixed from an older studio recording, including four songs with our lead vocalist at the time, Anne Lennox-Martin and an epic disaster ballad featuring Hugh Crabtree and Alan Whetton (both of 'Feast of Fiddles' fame). The new tracks include the song 'The Water is Wide' with Marianne Segal (formerly of 'Jade') and a variety of instrumentals featuring Mike Sanderson (fiddle), Phil Fentimen (acoustic guitar) and Graeme Taylor (guitar) - alongside the regular members of the band. 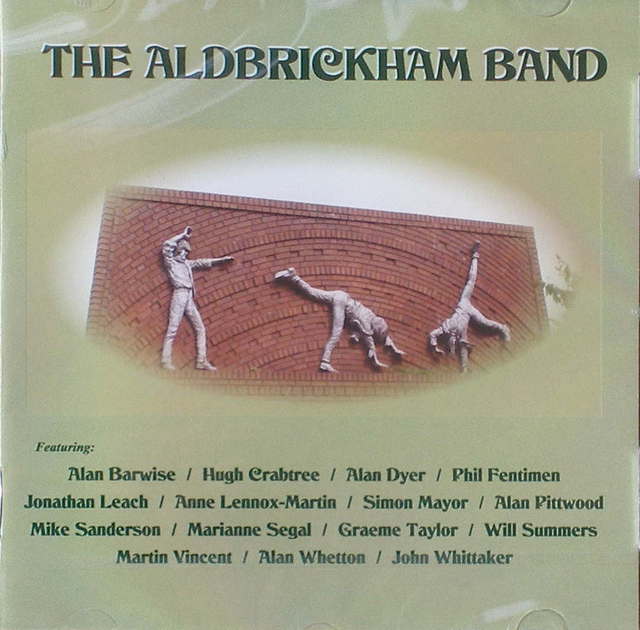 Three sample tracks are listed below.  Click on any to hear a short extract:

The famous wall sculpture of 'The Cartwheeling Boy' in Reading Town Centre (with a fourth boy added in the photograph!)

Members of The Aldbrickham Band also played in a theatrical production about the artist 'Van Gogh entitled  'Vincent'  - also now available on Amazon: